Four Seasons partnered with the American Heart Association to sponsor the McLean County Heart Walk and Lifestyle Change Award for 2015. The committee has chosen seven nominees to be our Lifestyle Change Award Finalists! Read about each finalist below and join us at the McLean County Heart Walk on September 19 on stage at 9:00 in Uptown Normal for the winner to be announced!

In addition to our committee-chosen winner, the social contest is running now until 11:59 pm on Friday, Sept. 18! Read their stories and vote for your favorite by clicking “like” or “share” on his/her photo in our album! The social contest winner gets an exclusive Four Seasons prize! (He/She does not have to be a member to win). Vote here!

Jason was nominated by his wife Kimberly. Jason has long suffered from high cholesterol and lost both of his parents before he turned 30 due to
unhealthy choices, and Kimberly says Jason is now taking control. He quit smoking (he was smoking 2 packs per day), and has become an avid runner and started weight training. He has followed a low calorie, reduced fat diet for almost a year, and has lost almost 50 pounds.

Kimberly says Jason is now able to play a variety of sports with their four children. “He has done these things to make sure we will grow old together, so that he will be around to watch our future grandchildren grow.”

Connie, age 68, was nominated by her daughter, Michelle Carter. In her nomination, Michelle says her mother “had never stepped foot in a gym in her life,” but she stepped out of her comfort zone and began exercising through Four Seasons Association’s Fit Together program. She now goes to the gym 5 – 6 times per week. She has also changed her eating habits to reduce sugar intake and lost 12 pounds. After making her lifestyle changes, Connie’s cholesterol lowered and blood sugar levels have normalized.

Michelle says, “This is an example of motivation, dedication and the hard work it takes. When you want to make a positive change in your life and you have the right mindset, you can do anything!” 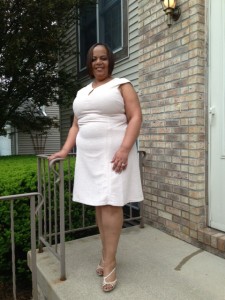 Dione was nominated by her friend Kimberly. Dione has increased her physical activity after joining Four Seasons and becoming addicted to the gym. She is a constant motivator of friends and family encouraging fitness and exercise. In reaching her goal to live a healthier lifestyle, Dione has also found that she may be purchasing a new wardrobe due to her weight loss that came with cardio and group fitness classes!

Since February, Matthew has lost approximately 15-20 pounds through diet and exercise. He runs daily during his lunch hour in addition to long runs in the morning and on weekends. He is currently training to complete a half marathon this fall. Matthew used portion control to adjust his eating habits and in turn has lowered his cholesterol as well. He was nominated by his wife Emily for bettering not only himself but also those around him encouraging everyone to seek a healthier and happier lifestyle.

Some of Matt’s soccer teammates have even noticed that his way of playing the game has changed; he now plays like the “younger version” of himself! 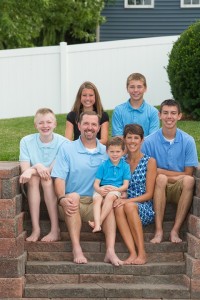 Rain or shine, Andy works out 7 days a week. His wife, Beth, nominated him because of his motivation to increase his physical activity whether it be a family walk or an insanity workout he commits to doing something every day. Not only has Andy increased his physical activity, but he has also transformed his diet. Andy uses the My Fitness Pal Mobile App to track what he eats daily and uses the results as motivation to make better snack and meal choices.

Andy lost a total of 42 pounds in 5 months. Beth says, “He officially weighs less than he did when he played college in football…20+ years ago!” 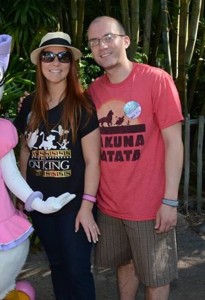 Emilie was nominated by her friend Jennifer. Jennifer states that Emilie went from never trying any kind of workouts to working out 5 times a week. Not only does Emilie workout regularly, but she also changed her eating habits including prepping for meals and snacks ahead of time to always be prepared! Emilie has lost a total of 40 pounds in addition to gaining muscle. 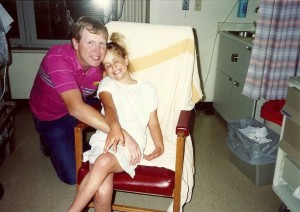 Amanda was 14 when she had an 8 hour heart surgery due to a congenital heart defect. Now, 25 years later, Amanda is committed to a healthy lifestyle full of exercise and healthy eating. Amanda was nominated by her father, Dennis, who says she and her husband workout every morning, in addition to playing volleyball and walking frequently. Amanda works hard to prep her food every week to in addition to using Shakeology every morning. The family works to keep Amanda’s heart healthy with good eating habits and good physical activity; she also gets a heart physical every year. Amanda spent much of her life recovering from surgery but at 34 years old she now works not just for recovery but for improvement and prevention.